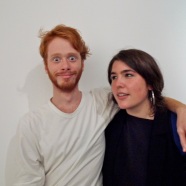 CCP was full to overflowing at its Exhibition Openings on Thursday night. You can put that down to team VCA being there to support one of its own Artist Art Lecturers. The VCA is my old alma mater and whenever I’m back there I get this off kilter deja vu thing where everything is simultaneously just the same and completely different.

The best thing about University teaching gigs is that they pay you. The other best thing about University teaching gigs is that you have access to a very keen audience for your own work, your students. As Governments move away from funding art and moving rapidly towards funding audiences, pulling a crowd has never been more important. A crowd makes it harder to see the art but makes it look like there’s more going on. It’s an episode of Upstairs Downstairs. The people Upstairs have to pretend they’re from Downstairs, and the people from Downstairs like to delude themselves that Upstairs doesn’t even exist.

Students form the basis of the art community, because they haven’t worked out the art scene yet. When they do work through the subtle nuances at play in the quiet corners of every opening, mostly they stop going. When they can work through the affiliations and/or the amalgamations and the (at best) tenuous connections between the quality of art and who gets funding and who gets shows and surveys and retrospectives, they start saying: “Hang on. The art scene is just like Game of Thrones only boring. Less sex, more conspiracy.”

The Arts Industry bears a striking resemblance to Melbourne’s Gangland War, only with less Uppers and more Downers.

Universities are their own little Fiefdoms. Each University has its own Commercial Gallery representing huge swathes of their Artist Art Lecturers and a few promising students transitioning into Staff/Artist Art Lecturers. It’s another example of the consolidation of markets. A current trend bleeding out into every corner of society. They’re Closed Market Systems.

Artist Art Lecturers and Art Students are co-dependents. The Art Students evaluate their Teachers each year, and vice verse, the Teachers nominate a mark representing the Art achievements of their Students. If everyone or anyone is unhappy, there are forms to fill out and mediation sessions to attend.

If you’re marking someone’s art each term, in purely objective terms, you’d be surprised the extent to which said student will go to get on your good side. And stay there. In fact you could almost conclude that the only people able to sustain an arts practice are Artist Art Lecturers. It really does seem that way. Problem is, all the teaching positions are now filled.

There are more Art Doctors than there are Patients. Artist Art Lecturers do well because they aren’t dependent on their Art to live. Which is just as well, because it’s hard to make art when you have students seeking career advice and art forms to be filled out. Artistically filling out forms takes time. So you won’t hear them down the pub banging on and on about a system in which artists aren’t paid.

Every now and then there’s a slight re-jig of University Artist Art Lecturers, because someone’s gotten it into their heads that they can speak their minds. Venture off-script; get into a bit of improvisational dialogue. Sadly, the faculty have no tenure these days, just tenterhooks. You hear whispers down the pub of who’s getting shafted, who’s fallen out of favour, whose being pushed out. Actually you hear in explicit detail what’s gone down and why. Universities leak like sieves. Especially off the record. People just have to have something to talk about. Sometimes the tensions get so bad, there’s a perception that people are just using Institutions to be really very mean to each other. That’s how it can seem. And it’s one reason why the Mediation Industry is witnessing such rapid expansion.

The Artist Art Lecturer’s job is to guide the art students creative development, but without telling the student exactly what to do. It is where the ‘I’m saying a lot but not really saying anything’ trend in contemporary arts writing stems from. It’s the origin of the practice of writing the sentences that have no meaning. It’s where you’re first taught that there’s a very high probability that the only person going to write about you is you. So you’re trained to write your own brief bio using the third person construct, where you pretend someone else said that about you but everyone knows you wrote that about you. It’s terribly revealing. Words like Maverick and Kunstalle are bandied round and nobody bats an eye. They become best practice/Industry standard behaviours and the next individual with more ambition than sense jumps aboard and everyone has to pretend a little part of our group integrity hasn’t just been lost. Poof, up in smoke, just like that. Look away from the crash site people for there’s blood all over the road. It’s a game of conceptual Chicken I tell you.

When I was at University my favorite lecturer was doing a PhD in Not Knowing. You could argue it would’ve been more efficient to stay home and watch Ellen if you’re interested in Not Knowing. I always felt as if I was giving him as many art ideas as he was giving me. But I was paying and he was getting paid. And until I’ve paid off the HECS debt from the undergraduate course I did 15 years ago, I can’t see the point in committing to more arts study. You’ve got to graduate sometime. Is University killing Art? 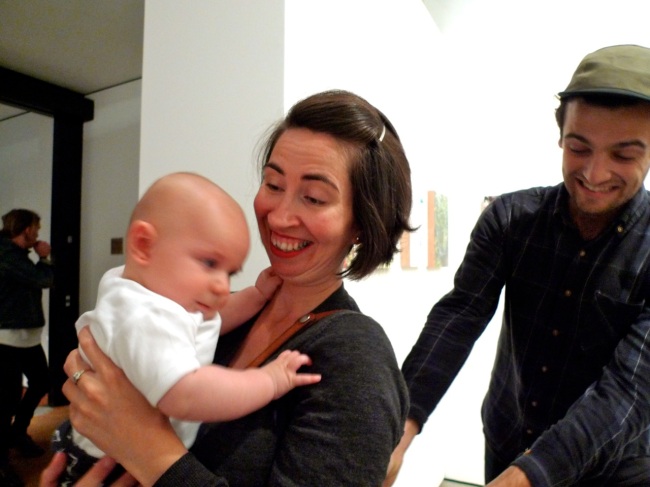 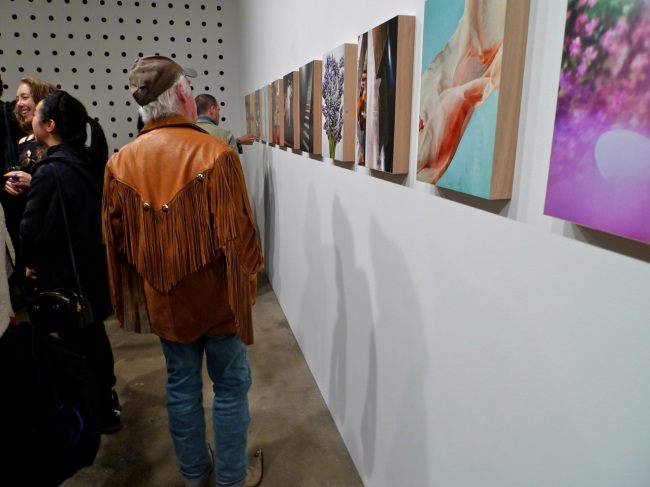 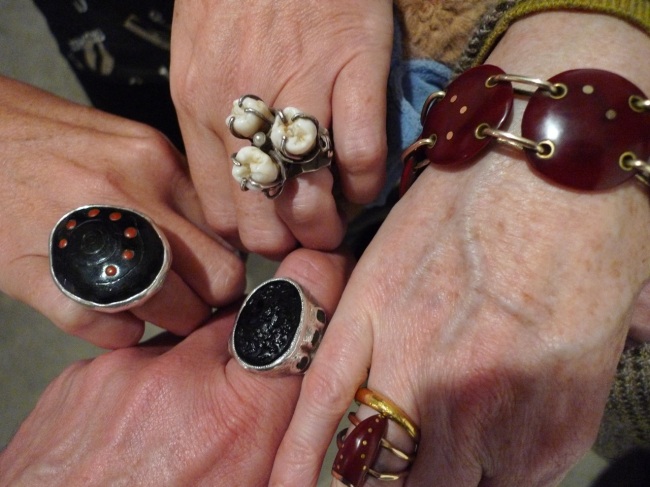 Jewellery by Marcos Davidson anyone?

Sleeping through your first art opening 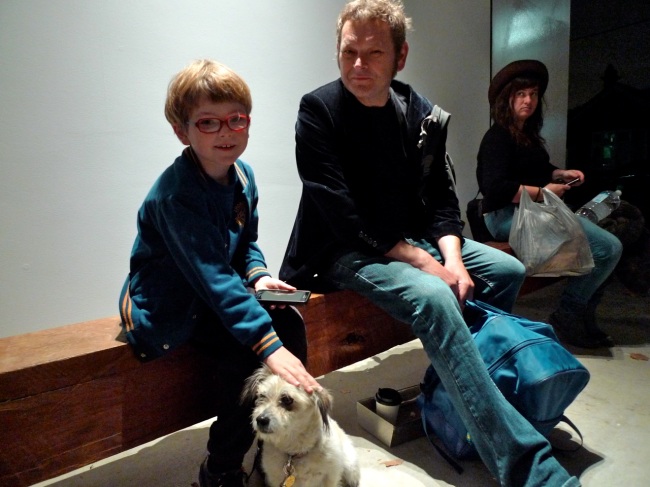 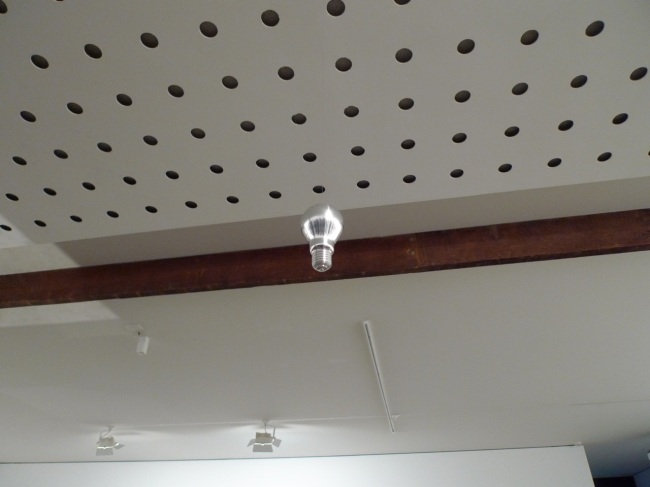 Never work with animals or children 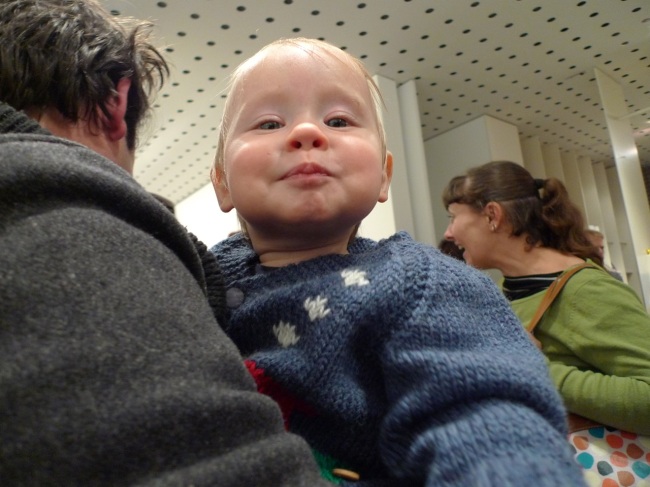 Miro looking down his nose 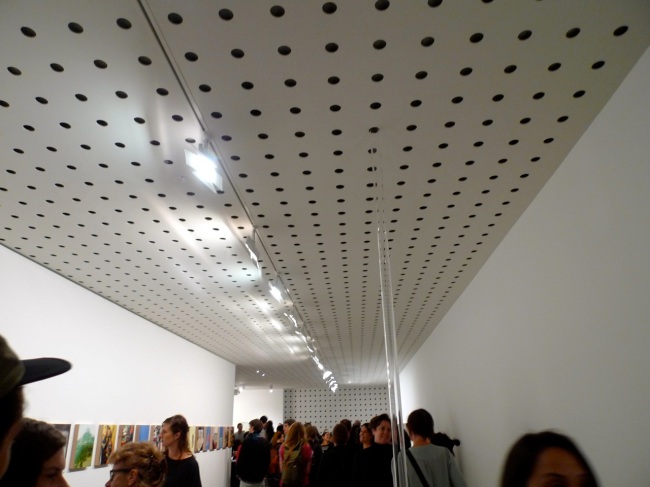 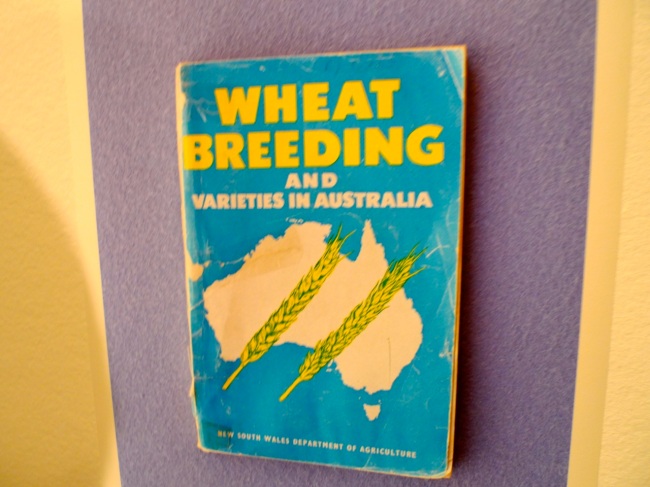 ← MUMA: Believe Not in Every Spirit Melbourne Art Book Fair →