Who’s had more sex: David Bowie or the next Winter Masterpiece, Catherine the Great? I reckon she has, God bless her. People are still reeling over the scandalous amount of sex Catherine made people have with her. If you take over your hubby’s gig (ruling Russia) in a bloodless coup, you may as well line them up all in a row and have the sex with them. To celebrate.

David Bowie probably hasn’t had as much sex as some other pop stars. He’s been working too hard to get hard too often. There wasn’t even a rumour he was travelling Down Under for the opening of his show at ACMI Wednesday night. He was too busy being in bed with Iman at home in New York. They were having the celebrity sex, and I for one confess to wanting to watch. Fans are frightening.

At my house the heating isn’t good enough to have sex in winter. You may as well go out. I offered to cut the crotch out of my tracky dacks but Morgi wasn’t into it. Then I tried having ugg boot sex but that didn’t float his boat neither. My Morgi is a sensitive creature. It’s hard being a displaced Queenslander, the winter chills settle deep within me and only a sauna can defrost my loins…

Of all the parties I’ve crashed this year, Bowie Opening Night is the best. Party crashers are important to have around. They work extra hard because they know deep down they weren’t meant to even be in the room. If you’re wanting to host a good party/launch/opening, the uninvited are an essential ingredient. ACMI secured the best Corporate Sponsorship deal in recent memory. Moet Chandon flowed so late into the night at ACMI, it was almost a relief when we got kicked out. We drank so much Moet we discovered it can inspire esoteric thinking. I was waxing lyrical about my personal relationship with the word ‘enough’. A sensible self replaced by rock star antics of excess.

I like David Bowie. He’s cool like the best of British culture. Quentin Crisp’s The Naked Civil Servant and Virginia Woolf’s classic Orlando, backdrops to Bowie’s androgynous pose. The Sacred Triangle- Bowie, Iggy and Lou. Dangerous creatives all three. Bowie was exploring gender identity on a mainstream stage, bringing everyone up to speed.

The most lasting and significant cultural contribution Bowie has made was to sit in the back of a limo and introduce Kraftwerk to an unsuspecting world. This sounds like a put down but it’s not, it’s a random compliment, conjured from a Moet haze. It’s generous when an artist uses their celebrity to help other talent break through. It’s one of the secret criteria I hope to identify within my heroes. Kraftwerk are such fururistic and profound talents that it took a recommendation from someone as cool as David Bowie for us to feel confident enough to settle into Kraftwerk.

Of all the world’s stars, David Bowie is one of the most dangerous to have garnered mainstream success. His shit is out there, then, as it remains now. He doesn’t compromise. We need more like him. I’m like David Bowie, though my eyes are the one shade of green. And if we move downstairs, well my love package differs from that of David Bowie’s quite significantly. Bowie likes to collaborate with others, and I too have given that a red-hot go, with varying degrees of success.

David Bowie must rate as one of the world’s most successful collaborators of all time. He must be such an intuitive man, that David Bowie, still able to cheery pick a productive working relationship from within the mediated existence that is celebrity. Once you get hot, and everyone wants a little piece of your action, then what you say no to, is as much art as what you say yes to. Maybe more so even. Take Marina Abramovic for instance, as a recent example of collaborative outcomes, Marina straddles the entire bell curve. Marina did very well out of collaborating with Lady Gaga, got herself quite a few new fans out of that exchange. But then Gaga goes all straight and sings jazz standards with Tony Bennett for way too long, and we’re left, yelling from the sidelines, ‘Gaga! Stop scatting, put your pastrami frock back on, jump into your egg carriage and hit the studio babe, before it’s too late’.

Meanwhile, after commodifying contemplation within her work The Artist is Present, Marina agrees to that woeful collaboration with Jay-Z, the one that had the critics in New York (they still have criticism there), declaring it the moment performance art died. But as long future generations of young creatives get bored shitless at art schools around the world, the future of performance art is assured. Creative inspiration often comes from boredom.

The artform that Jay-Z and Marina really killed off is hip-hop. Jay-Z has been sucking the life force from the genre for some time now, in his insatiable quest for material wealth. But it’s Marina who finished hip-hop off. Hip-hop comes from the street and there remains still, a few places you don’t want to see a 70 year old international art star. It defies the natural order of existence.

See how complex collaboration can get? It’s a potential minefield. I have attached some links here, lesser known David Bowie gold, that speak to the man’s sensibility. He’s funny too, and did the best Andy Warhol ever, of course. Bowie and Warhol can hit the zeitgeist better than anyone else.

https://www.youtube.com/watch?v=ge7S6-Ta3yg (Bowie on Extras, Chubby Little Fat Man, audio only but this allows you to focus in on the joke)

https://www.youtube.com/watch?v=vfND08QDG9w David Bowie as Warhol in Basquiat, Pop Art Collector Dennis Hooper also in this clip, as is Courtney Love, typecast as a junky hobag. Directed by Julian Schnabel, 5.33 mins, all 3 excerpts are worth watching) 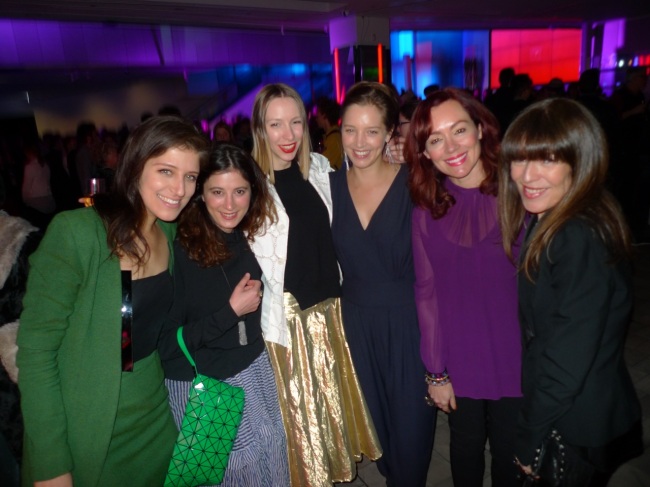 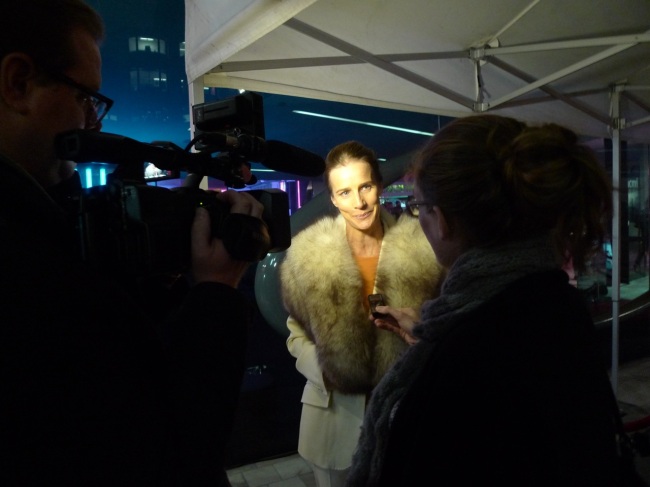 Rachel Griffith chats up the media 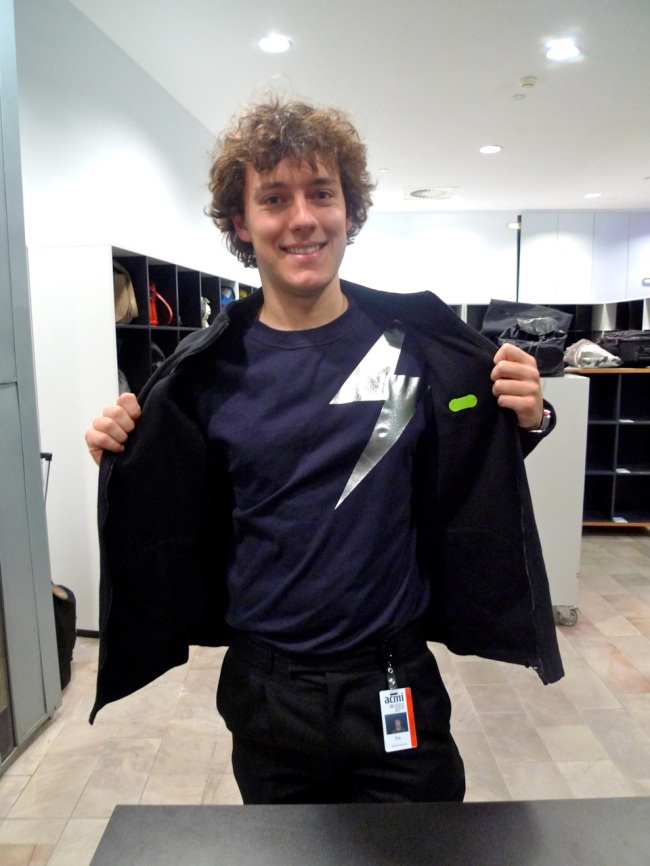 A bolt from the blue 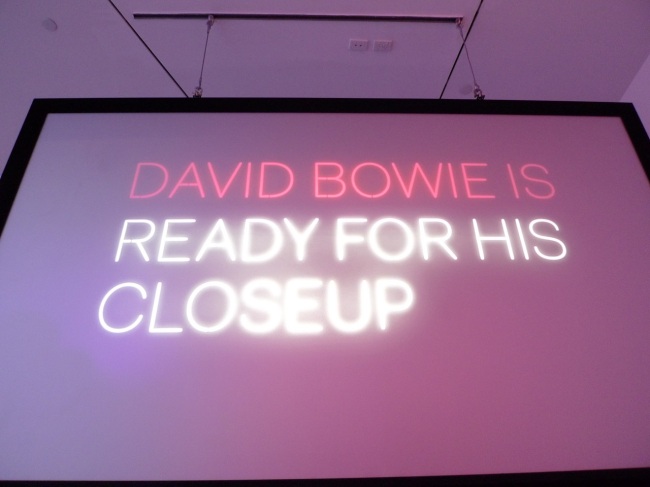 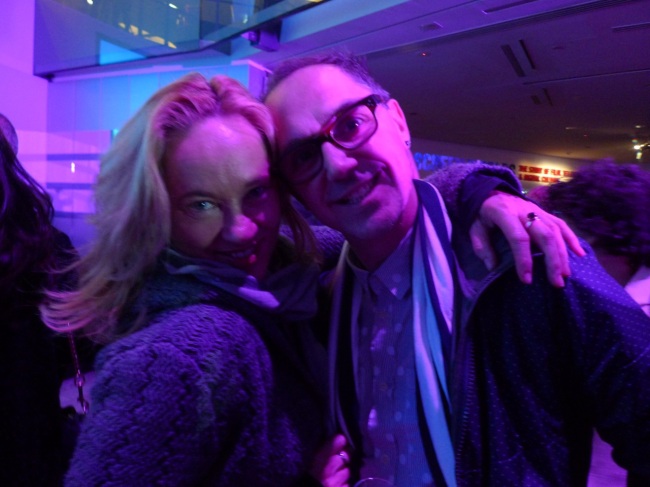 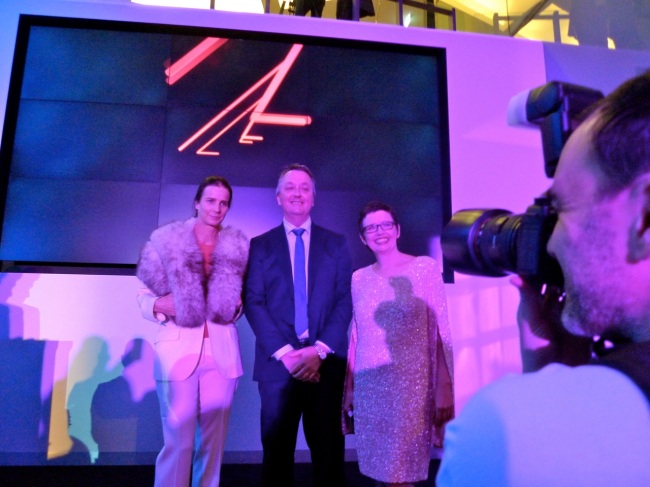 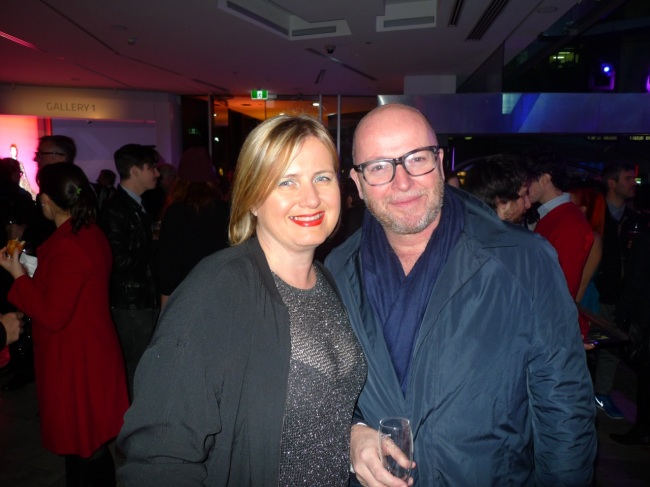 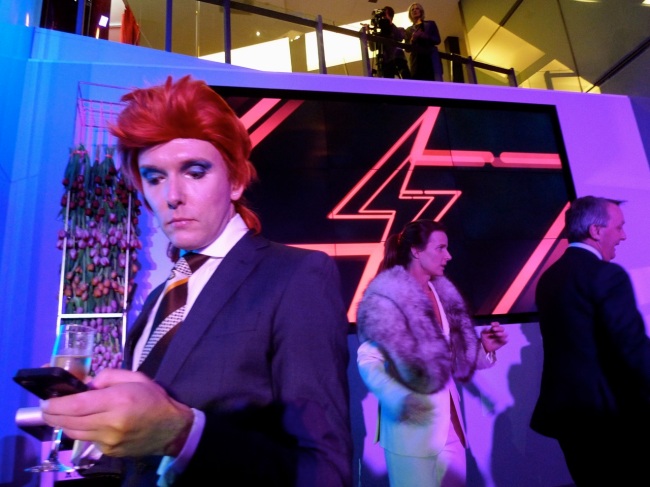 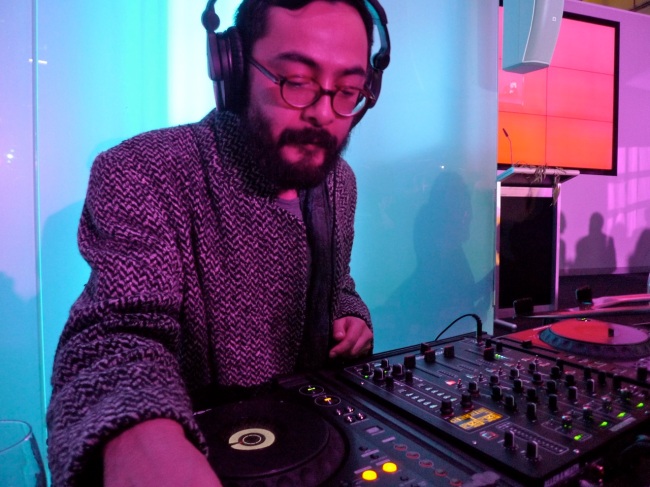 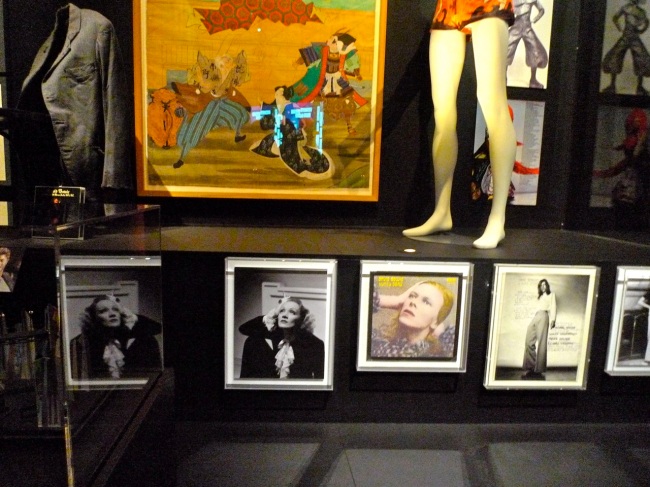 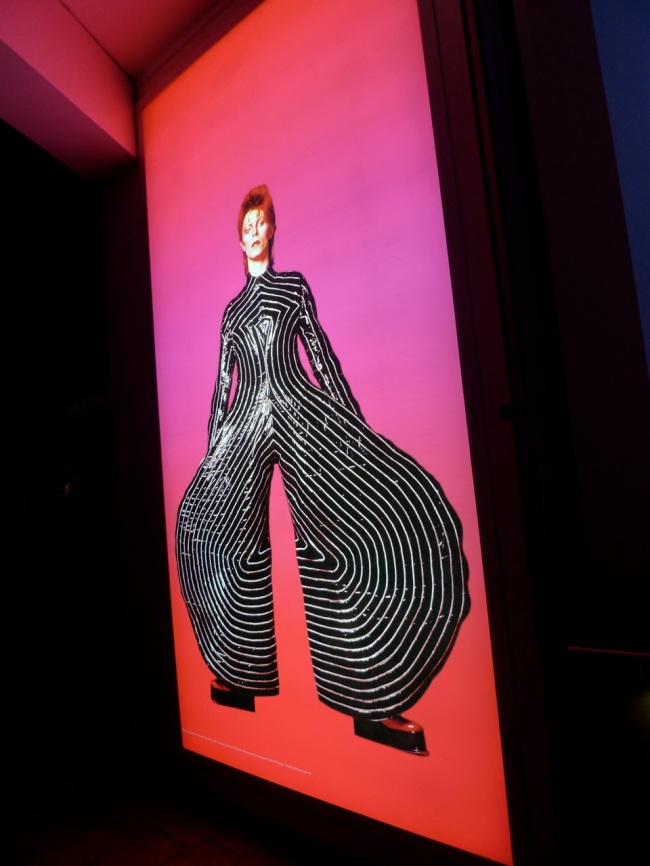 Corporate Arts Sponsorship at its finest 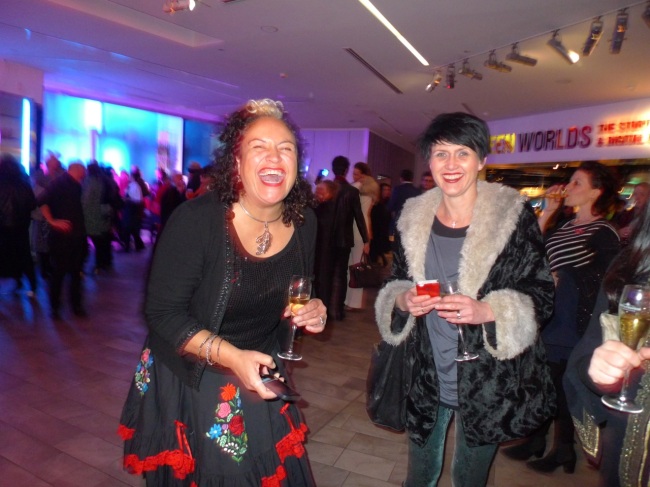 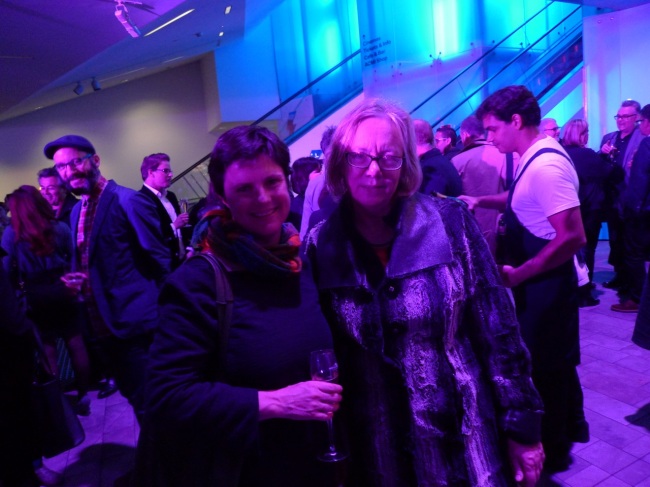 Best Hairstyle of the evening 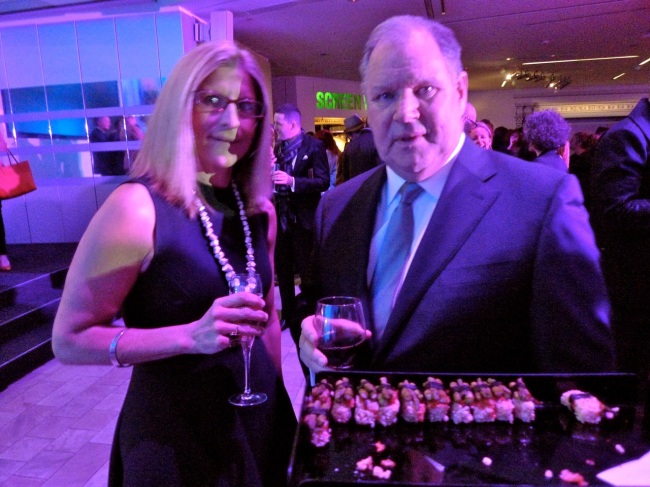 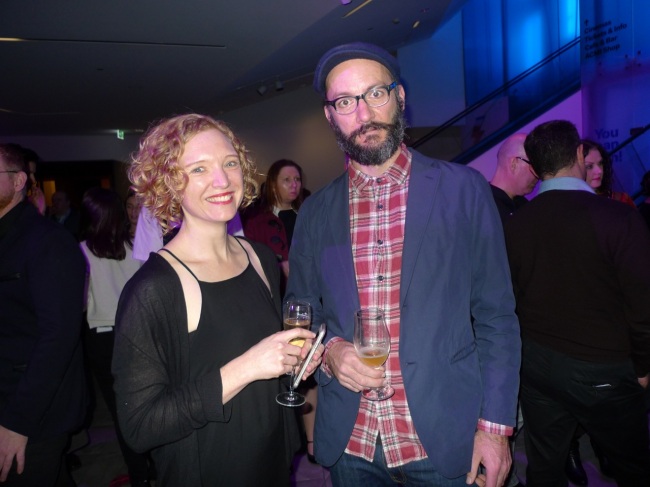 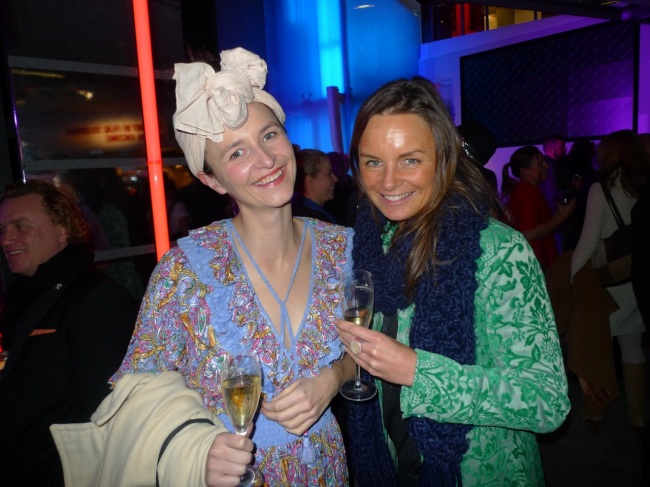 Miss Pearl is hungry for some Terry Wu

Kylie and Ramona are phonies 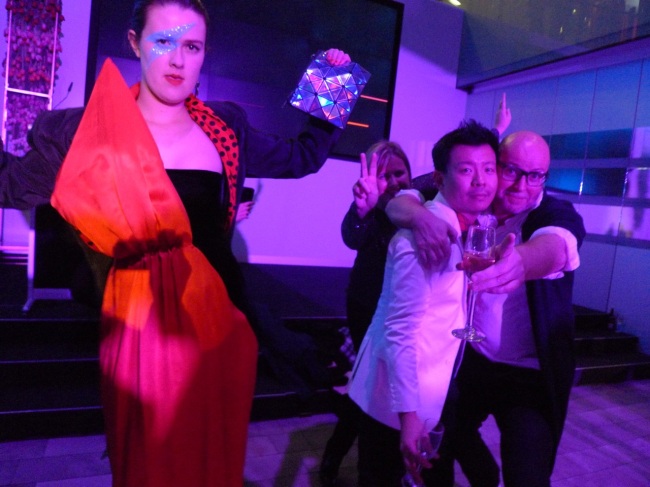 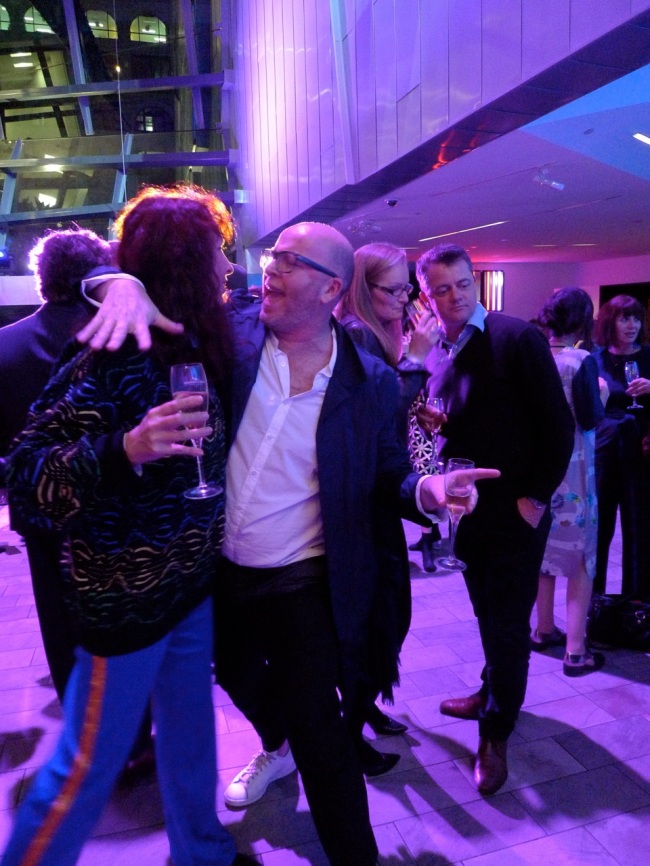 Me and Shane Carroll 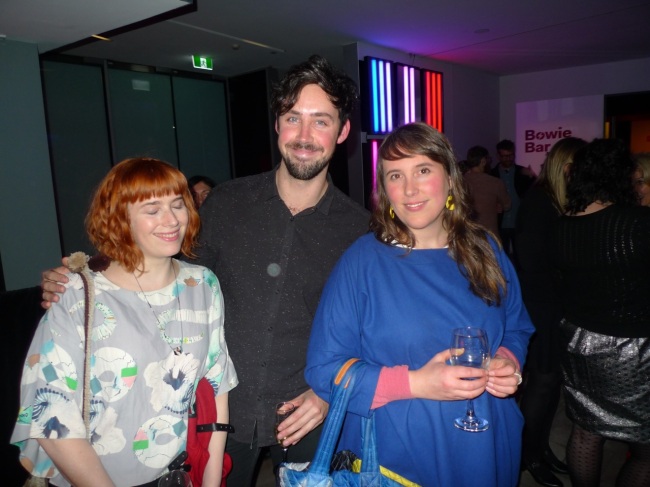 ← A week in Queensland The Hermitage: The Legacy of Catherine the Great; NGV Melbourne Winter Masterpieces →