Wearing a Onesy to Boogie

It’s a hard gig being a woman. Have you ever tried taking a sneaky leak behind a parked car at a crowded music festival whilst wearing a catsuit and a fur coat? No you bloody haven’t! You have to strip down to your god given birthday suit, it’s freezing cold, your girls are on high beam. Even with a committed wingwoman, thoughtfully positioned to stop passersby stumbling into your scene uninvited, it’s hard not to spill your stubby. So much to juggle. You’re stretching the crotch of your knickers way out to the side to avoid dribbles, drinking some cider and doing your b’niz. It’s multi-tasking mayhem and that’s before we start to consider the very real potential of splash back.

The onesy, the jumpsuit, the catsuit (buttoned up or zipped) is the new essential festival-going apparel so, on behalf of all festival going women, I’m seeking an immediate fashion intervention. I’m calling on designers to include a buttoned up crotch feature to all jumpsuits. Maybe a flap. Possibly two. Make life that bit easier for us and you’ll have a committed customer base for life. We’ll buy up and we won’t even wait till the clearance sale. I won’t but we will.

A good thing about Boogie is that it’s not the least bit ageist. The old dudes who should know better often come out of the stalls a bit quick so they’re first off to bed. Just as well. Some of the Dad dancing I’ve seen… There was a strong contingent of representatives from a prestigious secondary school known for its liberal arts program and the unusual hue of its blazer. The kids showed good form, choosing a camp site as far away from the adults as they could manage, toasting marshmallows on the bonfire, taking long hikes uphill all day and planning their career paths. After schoolies.

The Drunk Mums called a special guest star up to the stage. The guitarist’s Dad. A gesture of respect paid to a Dad who had encouraged the boys to join him on stage when they were but young wee pups. “Imagine” the lead singer soliloquised, “Terry here used to get us onstage when we were young, at Johnno’s Blues Club up in FNQ and now look at us! We’re up here playing to all you dickheads!”

Boogie is the Melbourne Cup of the festival circuit, it’s a long distance three-night endurance test no matter what handicap you’re carrying.

Looking at my photos, some may think: ‘Whoa. These people look pretty out there’. But I think those heading for church over Easter are the real trippers. A review of the Easter myths should raise eyebrows- like rising from the dead, you see that all weekend at Boogie. In a very strange way, Boogie is very Easter appropriate. Some folk just can’t accept that we’re here for a good time not a long time; they really like to clutch at conceptual straws like eternal life if you’ve been a good dude. Or eternal shit if you’ve been an asshole. Give me my bright, colourful munters anyday, (or at least until there’s a female Pope). You always make a new friend at Boogie. 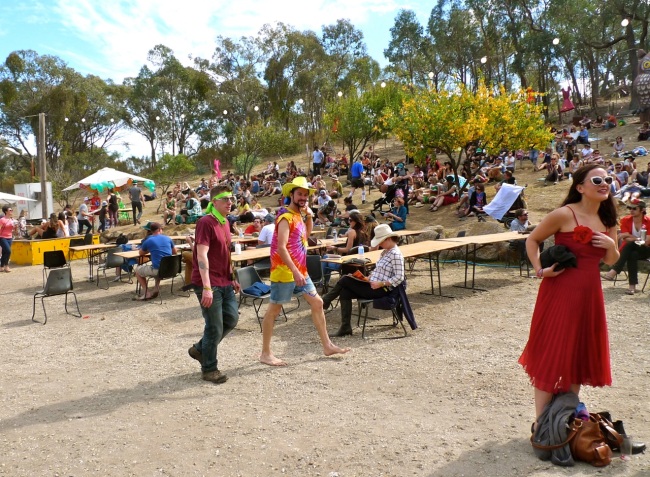 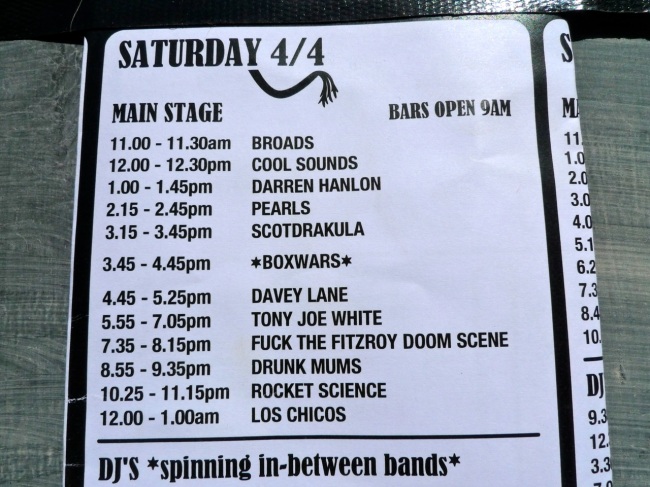 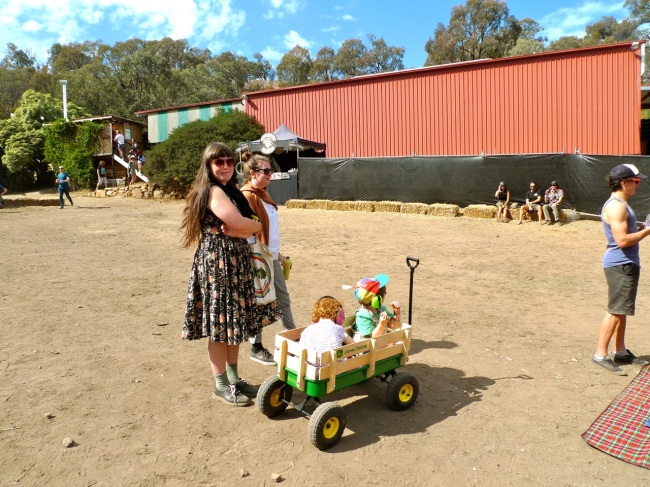 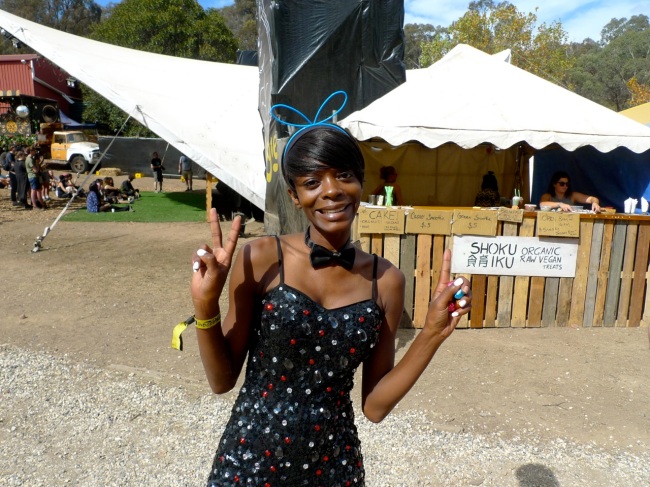 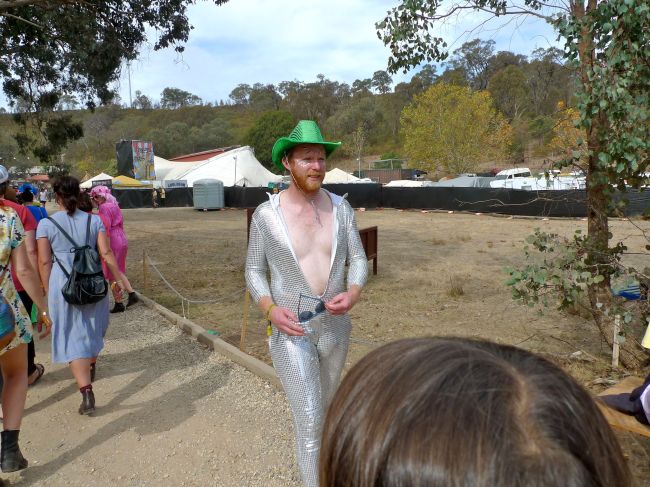 Hanging to the left in the Silver onesy

“Check out my phone. It rings when Mum wants me” 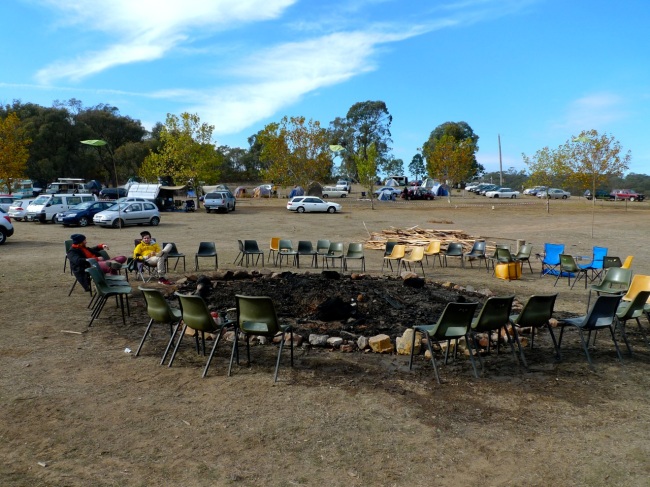 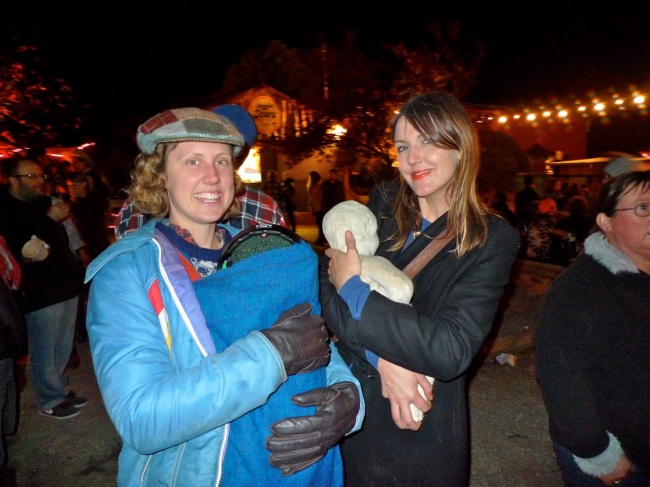 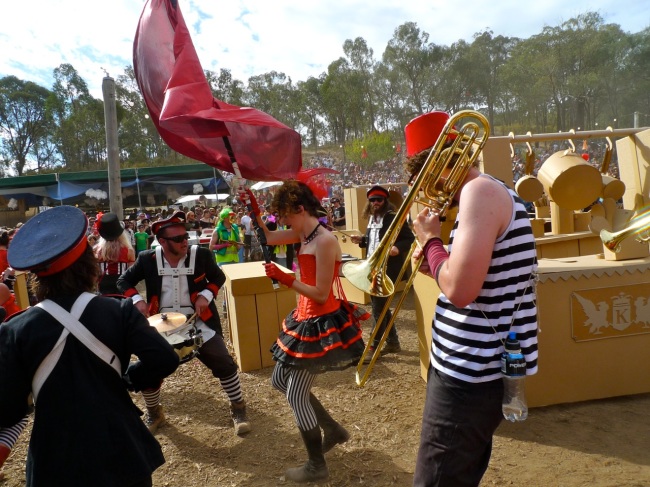 The Bad Brigade enter the arena

Here baby, this is called rock 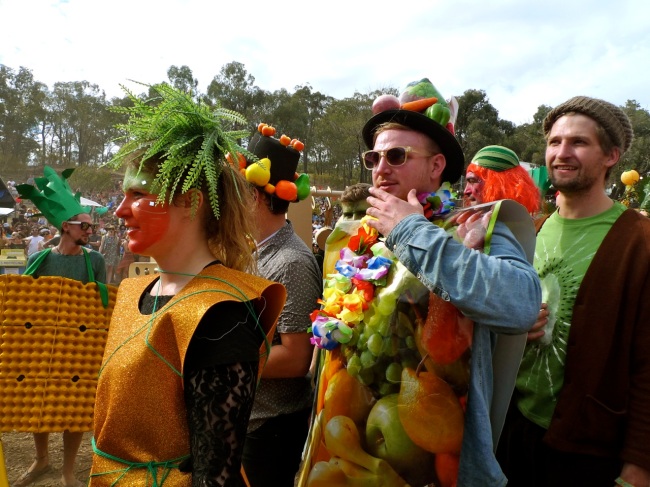 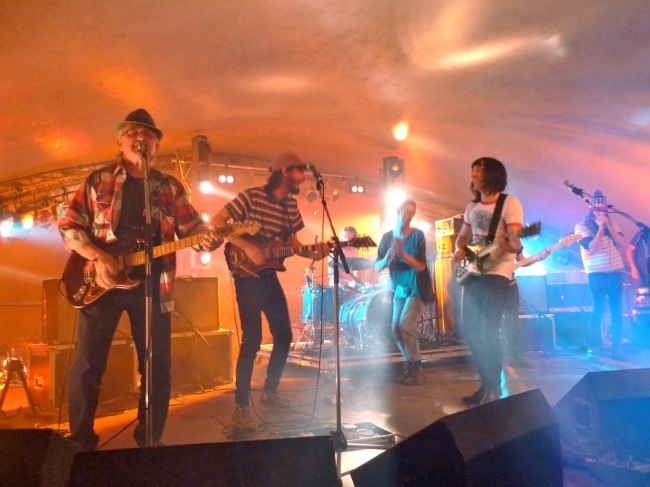 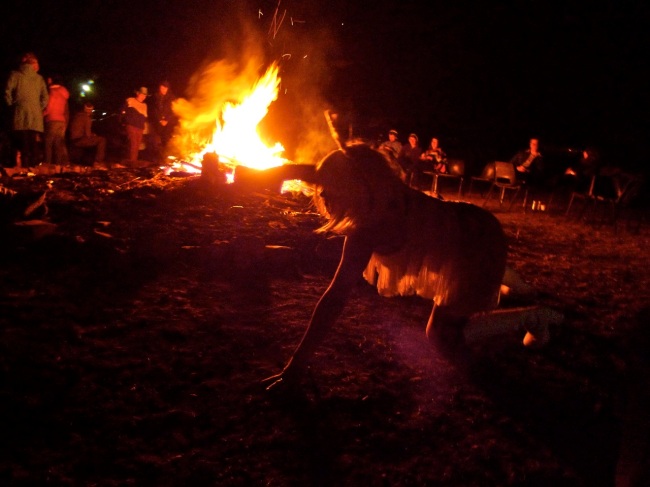 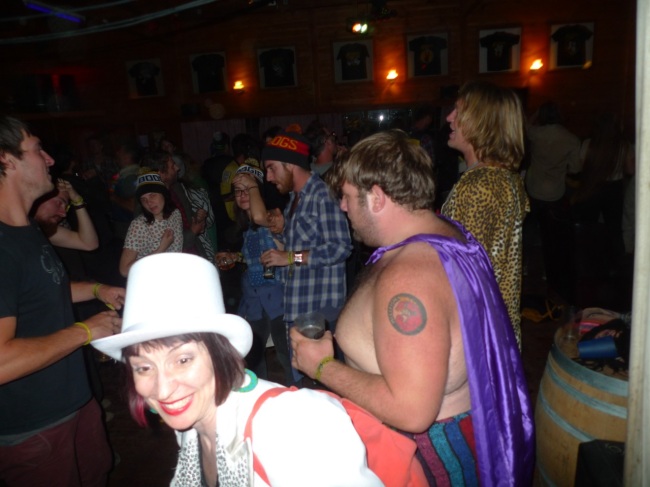 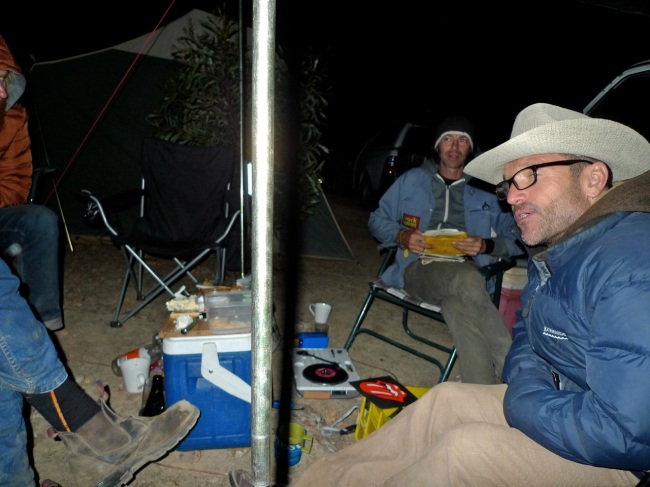 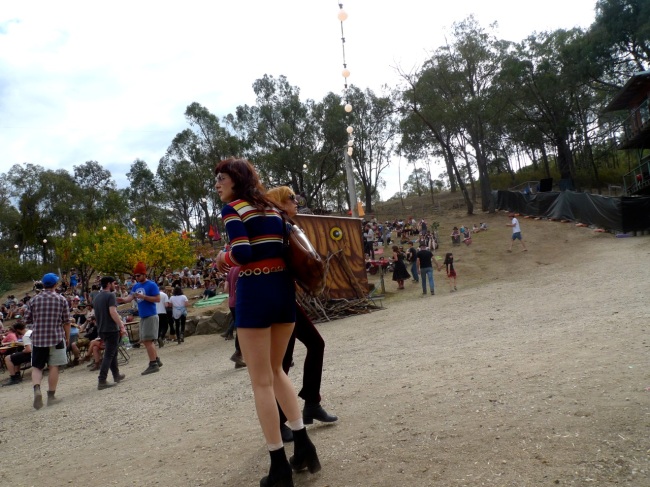 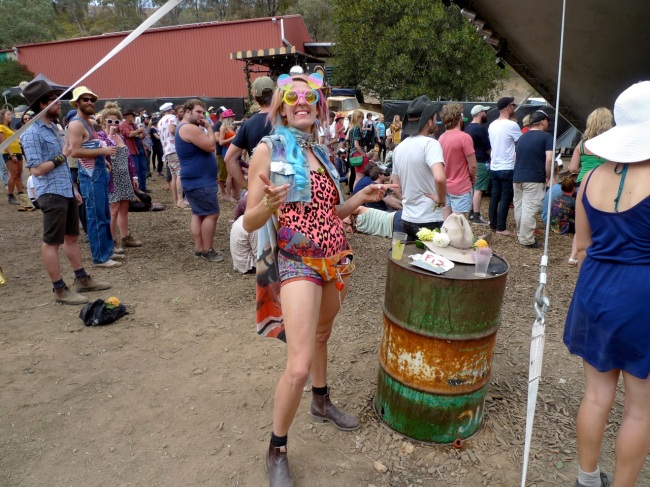 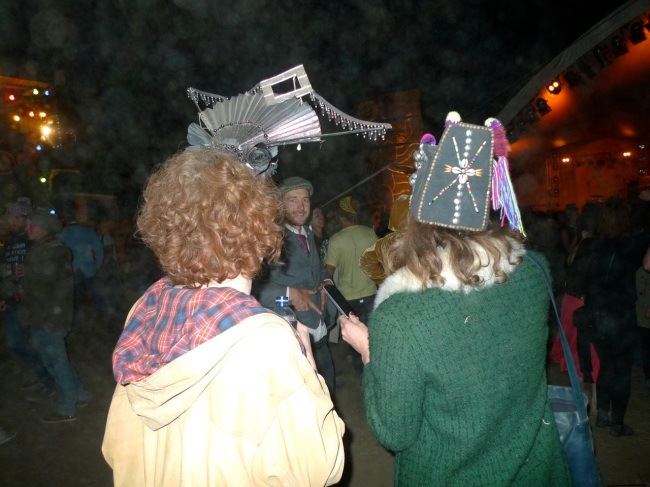 Who wrapped these kids in garbage bags? 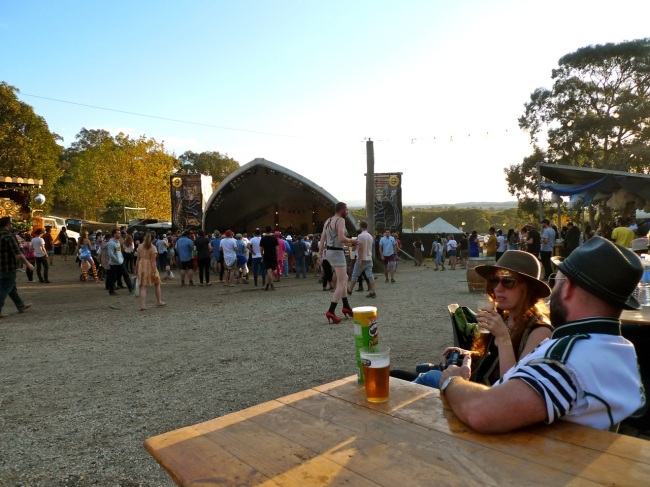 ← Boogie: Music Festival or Cult? A Golden Age of China: I dream therefore I am →