I once harboured such youthful disdain for painters that I had to coin a new phrase to describe my own senseless discrimination: Paintcism. As a paintcist I believed all painters had it too easy: producing art products that people want to buy and hang on their walls like spice racks. Any idiot can paint, or so I thought. It’s hairdressing, but flat. See how paintcist I used to be.

Paint sure does cut itself out a big ’ol slice of the public popularity pie. Commercial Art Galleries, Art Fairs, Art Auctions, Art Prizes, Art Consultants, Art Collectors, Art Collections, the Media, and even Art Magazines, they all love the paintings and the painters. Me, I used to like making installations. But there’s no sustainable future in that gig. Even practicing installation making is difficult. All the pre-planning and imagining the make believe 3-dimensional space in your head ain’t very free jazz. The painters just bang in a hook and hang their shit up. Frigging painters.

Then, one day, Brent Harris saved me from myself. He single-handedly turned me onto abstract art and shut down one main arterial vein of my paintcism forever. The notion that abstract art was made by people who had nothing to say and were hiding it with technique. It’s strange how you can have a relationship with some artists before you’ve even met them. After admiring from afar for years, I finally got to meet Brent Harris on Thursday night at his balmy opening at Tolarno Galleries. “Life is absurd and then you die”, he remarked, and we both laughed.

I’m always trying to understand things I don’t understand. It’s a bad habit that’s gotten me nowhere, so my New Year’s Resolution was to give up trying to work out why when there isn’t always a why to work out. I’d rolled abstract art in with a lot of other nonsensical shit I couldn’t get my head round. Brent Harris shone a light on the sheer enjoyability of staring at intriguing stuff with no meaning and allowing yourself to enjoy it.

Brent Harris paints in a large studio for 7 hours a day/6 days a week. There’s a lot of tea drinking and studying of the canvasses, to see what’s going to come out from the abstractions and make their ways to the surface. He listens to classical music, up loud and Bach’s Saint Matthews Passion is a recent favourite. Brent studied under Peter Booth at the VCA, emerged with figurative work then switched it up to the minimalist abstraction canvasses and prints that he is better known for.

Most artists hit on a winning formula and stay there, the work becoming more product design variation themes than original art. But not Brent Harris. Dreamer effortlessly ties up the seemingly disparate styles from his back catalogue with the sense of freedom of a painter who continues to find wonder in pushing paint round a canvas and seeing what might happen. I wish I could paint. It’s hard being an artist who can’t paint. After Brent’s opening we ended up at Myer’s, and then we headed for the stars with a special late night viewing of Theo Wong’s conceptual art collection. Carefully chosen works about thinking about sound, it includes a fridge full of books that I really want to read. 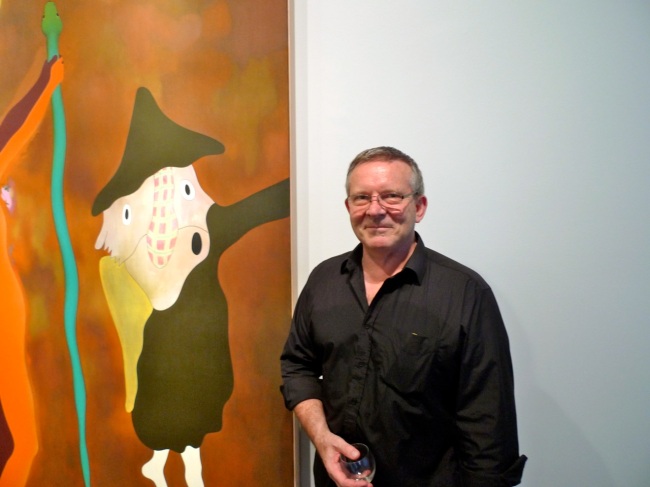 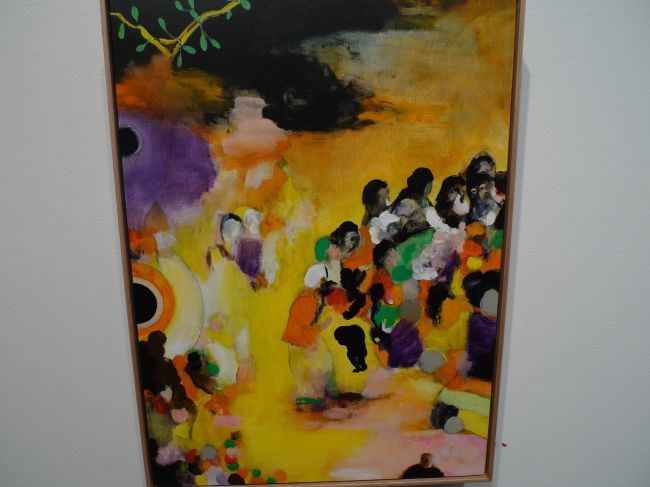 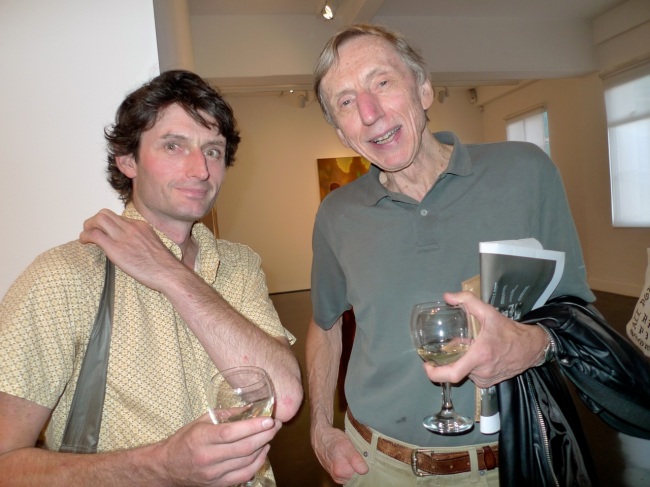 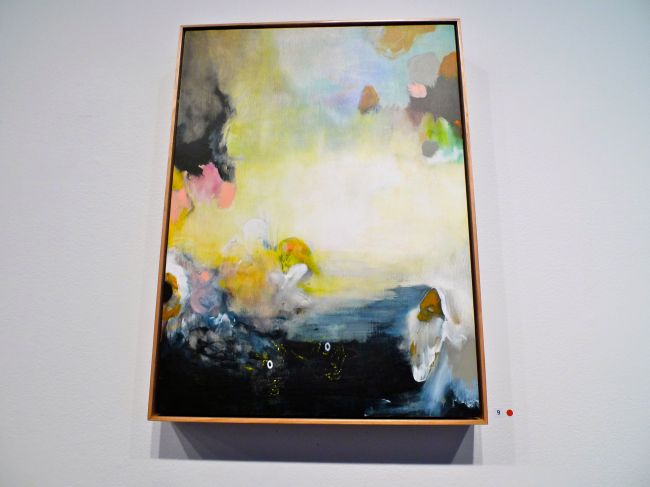 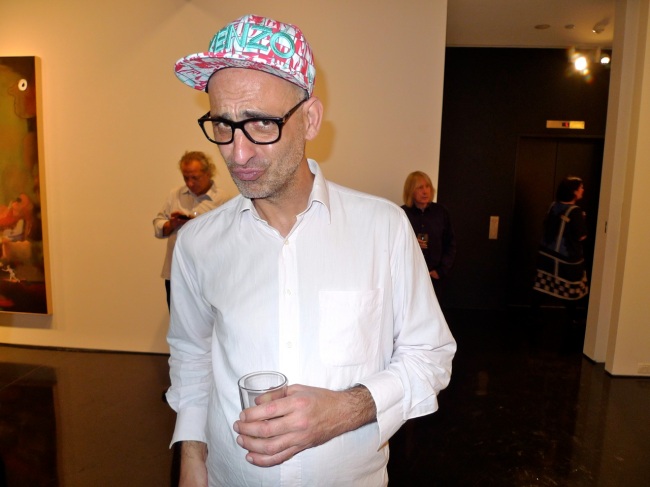 Tanel does the business 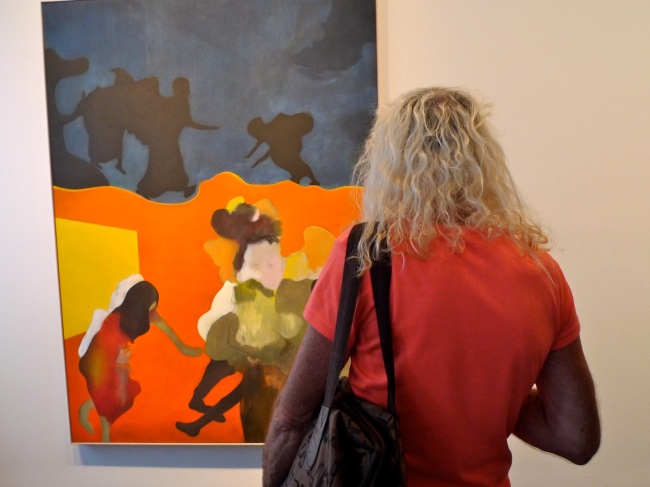 Ross MacDonald checks out ‘The Dream’ 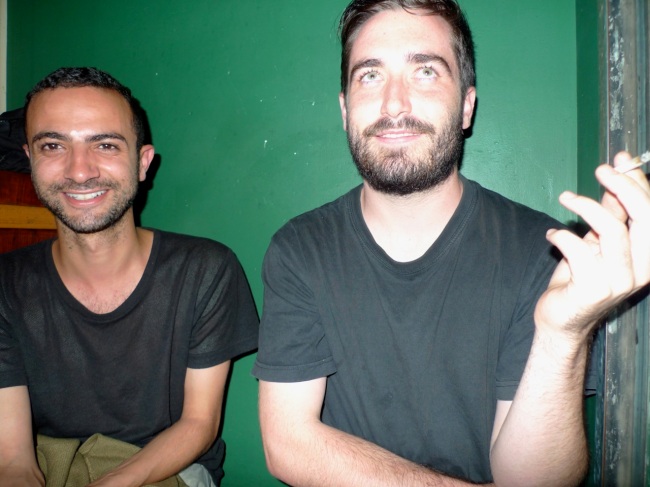 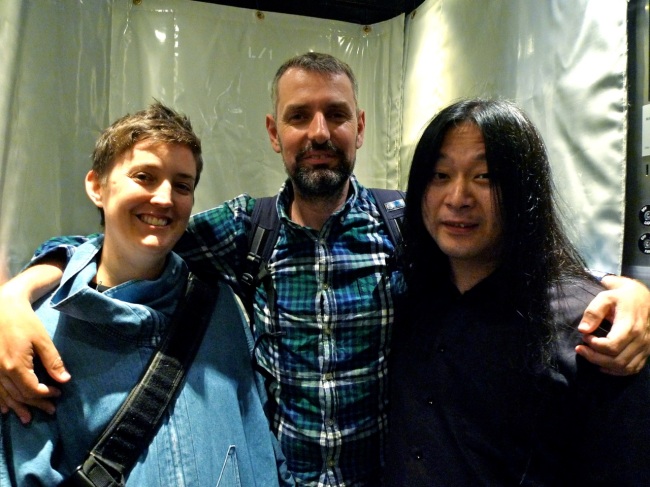 ‘I Do’ by Louise Bourgeois