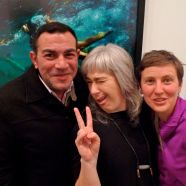 Posted by Natalie Thomas on July 30, 2014 in Uncategorized | Leave a comment

If you’ve been thinking the art world is in a mess, then you should cast an eye sideways to a nearby sporting field: Messy. There’s match fixing, gambling, performance enhancing strategies, and the common ‘party goes bad/late night motel room mishap’ narrative. There’s also the Twitter/Facebook ever-present potential scandal, the dangers of which are difficult to calculate when you are 19 and have spent a perfecting the art of kicking a ball accurately.

Good sportspersonship seems very last century and barely rates a mention. To a backdrop of cheating and twisting and subverting the rules of play, I was looking for some artwork about sport that had an emotional honesty about it. And that’s what there’s plenty of at the Ian Potter Museum, where 16 artists spear-tackle sport for the Fourth Basil Sellars Art Prize. And the winner, Tony Albert, takes home 100 large, thanks to the very generous philanthropy of Basil Sellars, AM. Yarra Trams chips in another $10,000 for the people’s choice award winner, so get along to the show and have a vote.

It’s really competitive to be even shortlisted as a finalist for this prize, such are the fiscal challenges faced by most artists.

Tony is a popular winner, he presents a collection of small, framed conceptual sketches of race relations within sport. Raquel Ormella’s frayed Gold textile banner speaks to the promises of triumph that we all invest so much energy in. Fiona McMonagle’s watercolours are the basis for an excellent video work about women boxers, and Rob McHaffie heightens his palette, producing a hilarious suite of surreal pop paintings about women’s tennis. The Sellars Prize Bridesmaid, Richard Lewer (three times finalist, never the winner) also takes on boxing, perhaps hinting that if he doesn’t win next time he’s going to have to punch someone. That would win my vote. POW! BAM! 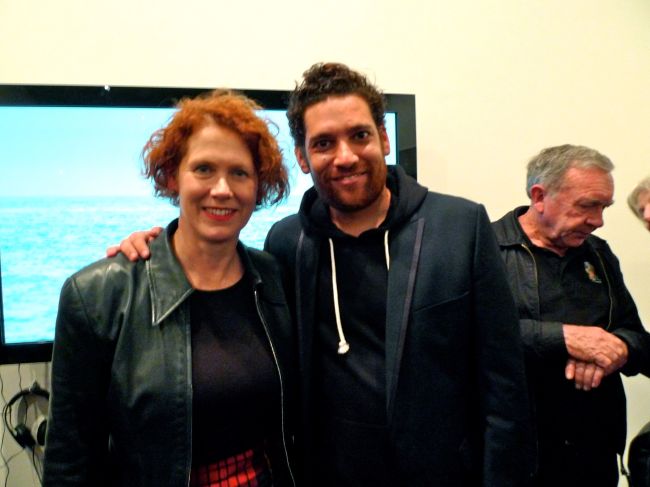 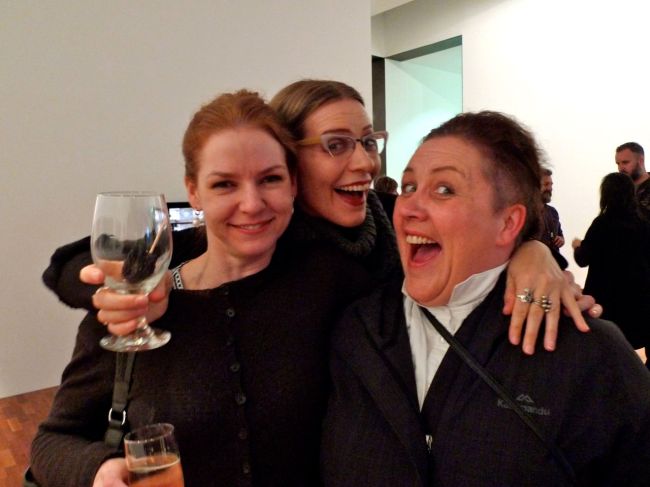 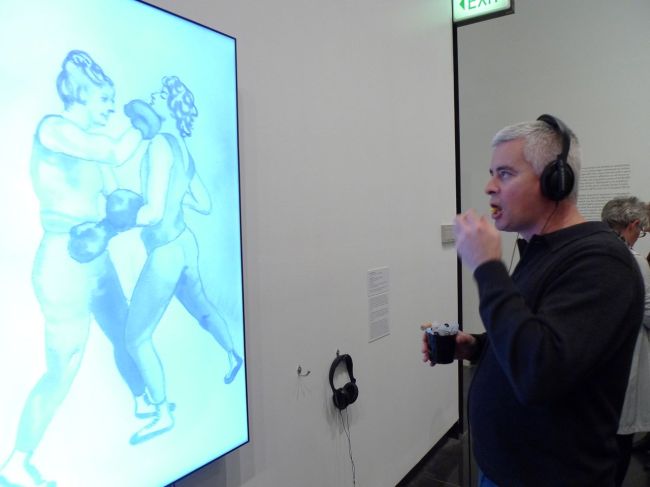 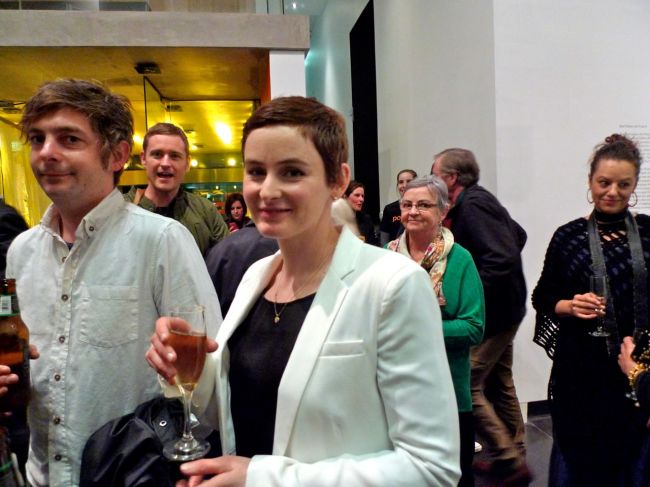 Rob McLeish and his large tongue