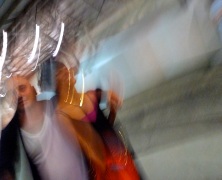 Melbourne had a Biennale once, back in 1999, before you were born. Curator Julianna Engberg called it Signs of Life. But it died. Reputedly went three times over budget it did and Melbourne University (who had underwritten it) decided they weren’t rich enough to go into the red for culture, so they canned it. A […] 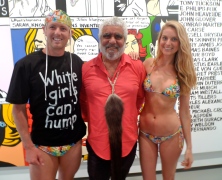 Research is creative and political. Research is like curating: you decide what to put in and what to leave out. What’s important and what’s not important. The presentation of research reveals the philosophy of the researcher as exhibitions reveal the politics of curators. Research is art as much as thinking is art. And art (like […]

The Politics of Private Art Philanthropy

Two of the options to pick up the shortfall as Australian Government funding for the arts ‘tapers off’ is private art philanthropy and Corporate sponsorship of the Arts. As more and more Australians struggle to pay their power bills, money has never before been more valuable. Let us consider the politics of private arts philanthropy. […]

“Just because you swallowed a fucking dictionary when you were about 15, doesn’t give you the right to pour a bucket of shit over the rest of us.” Former Australian Prime Minister Paul Keating (to Jim McClelland) Gee I miss Paul Keating. Not the older recent ‘I did that, that’s my idea’ Paul Keating. The […]